WWFF started to convert the reference numbers into uniform 4 digit numbers. This will be done division by division.

We will inform all divisions when the change will happen. At the end of the conversion we will have only 2 correct ways to identify a divison :

(depending on the national prefix) 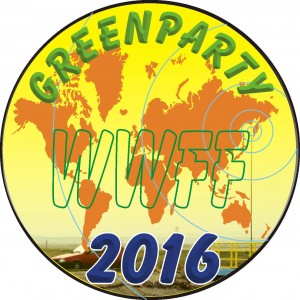 February, still wintertime. June and summer seems to be far away but time passes quickly.
It is time to think about the GreenParty 2016.
The goal is that the GreenParty becomes a traditional meeting, all  WWFF Country Divisions are invited to add this event to the calendar year.

For the rules check  GREENPARTY 2016. New is that now you can make QSOs valid for the new P2P certificate (park to park).
But the WWFF award program contains of course numerous other diplomas.
It is also the goal to be in the middle of nature in one of the longest days in the northern hemisphere. You can start in daylight very early and making a long day until sunset. Those wishing to stay overnight can do it depending by local various accommodation possibilities and can activate also on Sunday.
We are ready to receive any proposal to contribute.
We’re recommending to use the new GreenParty logos for all activities  on June 4, 2016.
Good luck
YOFF team

New milestone was reached.
In just less of one year we have an other million QSOs in our data base!
01.05.2015 – 03.01.2016
It is time to say again: Thank you ! to all our participants in WWFF activities. Activators, Hunters, National coordinators, also for you who read this info!  Each of you put a small piece in this “building”.

As I saw in bands it is just a life style now for many of us. Watching, prepare for departure to protected areas, hunting for activators, request awards for your results.

It happens every day.

Work to collect historic logs continues parallel to the “normal operation” where validated logs of current operations are uploaded to the WWFF database by the local coordinators.

Following lengthy discussions, the following changes have been made to the Logsearch Top Operators Table, for 2016:

To separately recognise the efforts of Club/Team activity, as well as individual activators, a new section has been added to the Top Operators table.

Note: the club/team operators will also continue to gain credit (and be listed in the individual activator section) if their callsign is specified in the operator field in the logfile.

Despite the Rules mandating 44 QSOs before an activation is considered valid for an Activator valid, this has previously not been implemented for the Top Operators table.

This has led to the unfortunate situation that a number of the top activator slots being filled by activators who have failed to meet the quorum.

Activators will be listed in order of the number of references that quorum has been achieved.