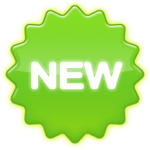 Thanks to Luciano, I5FLN, for the update.

Hi all, please for the future donot request new references last day of the month like this evening. After having check and aproved latest closing es updating file to be released found other new request.

I cant stay all the night awaiting and than rework file since this is an hobby not a daily work es have also other important thing to do.

Those still not approved will be insertred on June Directory when approved es their validity start from when will reopen Manage Directory.

The first update for May has just been released, featuring a number of new awards:

I am pleased to announce that I have completed the porting of Directory Manager to be an integral part of the WWFF Logsearch plugin.

For the majority of users, this is an entirely transparent move – however, it now means that the Directory Master is an integral part of THIS site, rather than being managed through the ‘old’ Logsearch site, and periodically sync-ed… this should mean there are fewer delays ion getting changes made to the ‘live’ Directory, and in particular it means only one code-base to be maintained.

My thanks to Danny ON4VT for helping test this.

With this, the ‘old’ Logsearch will now be decommissioned, once an for all 🙂

The expansion of the North American directory continues apace, with the addition of a further 265 State areas, in IL, IN and WI.

Announcing the third update in three days, I am pleased to advise that the Reference Activation Statistics are now available in “new” Logsearch.

Note: the All-Programs/All-Time report lists 13,249 activated references, and as such is quite slow to load… and at 7MB is quite a bandwidth consumer, so I may remove this one!

Some improvements in layout will follow, as will the inclusion of the Unactivated report.

To get the new year underway, the following updates have been launched this morning:

Amateur radio is intended to be a hobby, and where-ever possible, transcend controversial matters.. eg beyond politics and religion.

Unfortunately, sometimes this is not possible… END_OF_DOCUMENT_TOKEN_TO_BE_REPLACED