Activated for the second time JAFF-0212, Sayama Prefectural Natural Park, Tokorozawa City, Saitama.
Transmitted CQs from about 0530 through 0845 UTC mostly on 17m band with occasional QSY to 15, 20 and 40m, but logged only 26 contacts. Eight overseas contacts were made on 17m: 4 EUs, 3 Asiatic Russians and VK4FW. Another contact with VK4FW on 15m was possible.
My signals were spotted in clusters several times and I am grateful to spotters, but it turned out that only a few stations called after each spot yesterday. The vertical antenna with two radials was the most I could set in a commercial parking space for sightseers. 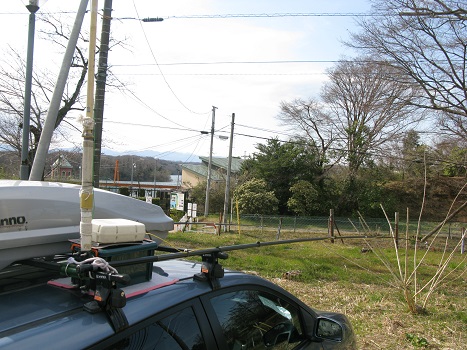 My car was parked towards Europe. Lake Sayama, a reservoir for Tokyo water supply, and head tower in it are seen in the photo.
73 44 Nobi JA1JCF