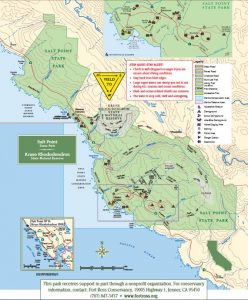 It was a cold morning for us, 41°. We scraped the frost off the windshield and headed out at 0830PT
We got to Fisk Mill Cove shortly after 0900 and were calling CQ by 0950. My Elmer, KE6WC, spotted me and I know that’s how I got the 3 out of state contacts on 20. Thanks, Ken! There was a lot of noise on 20. I was able to hear 2 local stations and 1 each from CO, KS and TX. Guess who the one from Texas was? John, AE5B! Thanks, John, it was great to talk with you! You all know how active John has been for WWFF and NPOTA.

It was pretty slow so I had plenty of time to look around while calling CQ. I saw rainbows reflected off grass as the frost melted, ferns at the edge of the pine trees, acorn woodpeckers flying from pine tree to pine tree (someone needs to tell them acorns are in oak trees!) and several small birds that flitted so fast I couldn’t identify them. I had a filtered view of the ocean but I didn’t see any whales today. Often we do this time of year so I’ll be looking next time we’re there.

I went to 40 after 40 minutes of no contacts on 20. With another spot from KE6WC, lickety split I had the rest of the contacts needed for the activation. Whew! Fred, N6YEU was my second contact on 40. He was light but we were able to chat a bit. (For those who don’t know, it was Fred’s activation at SS10 that pushed me over to activating SS10 too. I’d thought about it but after talking with him, I went out a week later. Wow was that a blast!)

Scott, (Thanks for stopping by, Scott! It’s always nice to hear someone you “know”) asked me to go back to 20 for someone. I did, but heard nothing for 30 minutes and went back to 40 again.

A ranger stopped by to see what I was doing and I showed him the rig and how to call but no one came back. I explained about NPOTA, POTA and WWFF and gave him website info. He was fine with our being there and might even join the local club. Next time I’ll think to get a photo of rangers stopping by.

A couple of local hams, KG6PTX and K6DWR, stopped by to check things out. If I’d have been quick on the uptake, I could worked them on 2M. I’ll remember for next time! I picked up 1 more Q and called it a day at 1250 and we all went to lunch.

Thank you to all the Hunters out there! I appreciate you stopping by to say hi and for spotting me! 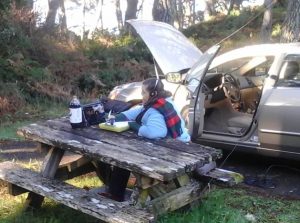 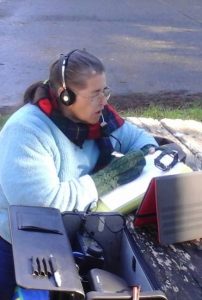 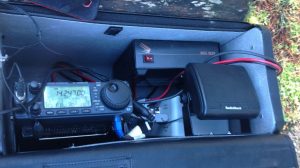 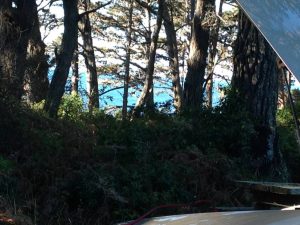 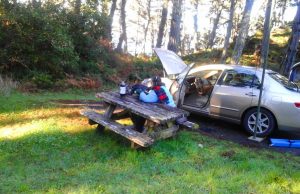 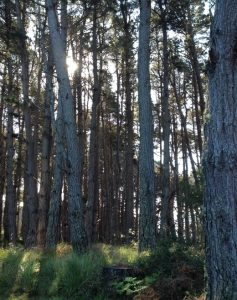