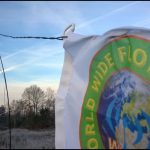 They said it would be could and it was cold the morning of 6th january.
Before leaving the house I had to use salt because there were very slippery frozen spots  on the ground. The area ONFF-0529 is not far from my house, about 20 minutes drive.
I found a nice spot were I could strech the legs from the inverted V antenna (19.7m left and 19.7m right) The difficult part was the frozen ground, but I managed to get the pickets in the ground.
After checking the antenne, I saw that SWR was too high. The antennawire has 8 connections, the 7th connection I inspected was the bad one.
It took a little longer to fix the connection with cold fingers (I cannot work with gloves and a screwdriver hi).
Finally the antenna was ok…time for first cup of coffee. The first run was on 40m with a nice P2P with Luc ON2LVC/P.
Signals on 40m were good for EU but difficult for the local stations. So when the pile up died after 160 qso I gave 80m a try.
Very big signals from ON but also from DL, PA en G.
80m was hopefull but after 17 qso nobody came back so time for the next cup of coffee.
I made some pictures and decided to make a last run on 20m. At 1100 UTC it was time to go home with 217 qso in
the paper log. I will upload the log asap into the database, EQsl, LOTW and QRZ.com.
In ONFF-0529 you can make nice walks along the riverside (River “De Kleine Nete). Locator JO21HD.
Up to many next activations in 2017. 73 44 ON5SWA/P Swa 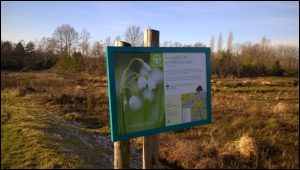 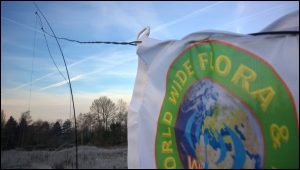 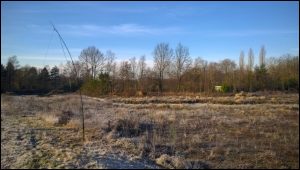 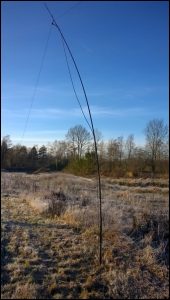