This coming weekend, an amateur radio expedition is expected to one of the most inaccessible and rarely visited places, the Putorana Plateau, Lost World, the land of waterfalls and 25,000 lakes, located to east of Norilsk city in the Russian Arctic in the northwest of the Central Siberian Plateau.

Putorana, Putoramo, Petaromi, Kutaramo and even Paiturama — the most unexplored mountain range in Russia has almost more names than the number of locals. This grandiose lost world seems to have collected all the incredible records.

Here is the geographical center of Russia and Russia’s Pole of Inaccessibility — the most remote from transport routes and hardest to reach point of our country. Winter here lasts eight months of the year, the temperature – as out plane’s board – minus 55 degrees, and there is no frost-free period at all. And in very short but juicy summer thousands of waterfalls thaw, including Talnikovy, the highest in Eurasia. Because of the hardest accessibility of these places to explore, geographers still do not agree on the exact height of the waterfall. According to various estimates, it ranges from 480 to 700 meters).

Team camp will be located on the south shore of Lama Lake, one of the largest and deepest lakes in Russia, ~140 km to east of Norilsk

QSO with the expedition is valid for RFF-0077 — «Putoransky» State nature reserve. QSL via RW3RN

More about Putorana (in Russian)

More photos of the Putorana Plateau

Discussion of the expedition on the Russian amateur radio forum QRZ.RU (in Russian)

It is planned to operate with RI0FM callsign on all bands in CW, SSB and FT8.
The recent and most detailed information about the expedition, plans, dates, team, equipment — on the expedition website RI0FM.

QSO with the RI0FM expedition — a unique opportunity to get into account the rarest RFF reference, as well as the Russian Federation entity and the Federal District for Sanctuary Russia Award Program.

Moneron is a picturesque hardly accessible island up to 3.8 x 7 km in size in the Tartar Strait, 50 km to west of the southern tip of the Sakhalin Island.

Moneron Island completely, together with the adjacent islands, rocks, reefs and stones, is part of Russian first marine natural park, the SPNA Moneron Island Natural Park, which is the only Russian horn-billed puffin (lat. Cerorhinca monocerata) nesting site. There are colonies of other birds on the adjacent islands and rocks, and there are sea lions and seals rookeries in some parts of the coast. Forests cover only about 20% of the island’s territory, the rest of the territory is covered with “grape” meadows, where the height of grasses entwined with wild grape vines, reaches 2.5 meters.

There is no permanent population on the island.

of attitude for specially protected natural areas demonstrates the RO3M team, which will be active since 10 UTC of August 28 until 12 UTC of August 30 from the Levashovsky zakaznik  (natural reserve), RFF-0994 (ATNO!) on 160–10 m and 2 m CW and SSB.

But what is the “great example”? Great example is in the fact that the RO3M team will clean from garbage area within a radius of 500 m from its location, for which they are prepared 100 garbage bags.

On April 14–17, during their trip to the North Pole, Martina DF3TS and Thomas DC8TM will be active on air from the “Barneo” drifting ice camp as RA/DF3TS/p and RA/DC8TM/p.

The future of the “Barneo” ice camp is unclear, and because of the catastrophically shrinking ice area in the Arctic Ocean, the possibility of establishing a QSO with any other drifting ice camp in the future is becoming increasingly doubtful. Thus, in a month there will be a unique chance to add on score the RFF-0176 — the “Severnyi Polyus” drifting ice polar station.

A short (~30 min) activity is planned from the Pole itself by the special callsign DP0LE (not RFF-0176) during the raid to the geographic North Pole.

Martina and Thomas will arrive to Svalbard (Longyearbyen town and airport) on April 10 and, pending a flight to “Barneo”, it is very likely they will appear on air as JW/DF3TS and JW/DC8TM until April 13 — IOTA EU-026 and, perhaps, some Norwegian WWFF reference not far away the town (there are 7 LAFF references on Svalbard, 5 of which have never been activated before).

You can find out about this trip more detalied and precisely on the page of Thomas https://www.qrz.com/db/DC8TM

Since the beginning of 2019 we have started to maintain a Rating of RFF activators and hunters in the categories:

1. The Ratings of RFF-activators and RFF-hunters are calculated on the base of approved logs, submitted by the RFF-activators to RFF log-manager. QSOs conducted since 00:00 UTC of January 01 and until 23:59 UTC of December 31 of the reviewed year are counted.

2. Any valid RFF references are counted for the Rating, regardless of whether they were already credited to activators and hunters in previous years or still not.

5. TOP-10 activators and TOP-44 hunters charts are published on the website and updated as far as submitting and approving activators logs.

6. Activators logs are accepted for the Rating no later than January 5 of the year following the reviewed one.

7. The final results of the year are published on the website on January 15 of the year following the reviewed one.

RFF national coordinator and log-manager are not nominee for awarding.

9. The Rules of RFF Rating may be changed in any their part during the current year. The changes are published on the website in the Rules and take effect:
— in terms of categories and awarding since the moment of publication depending on sponsoring;
— in other parts since the next year beginning. 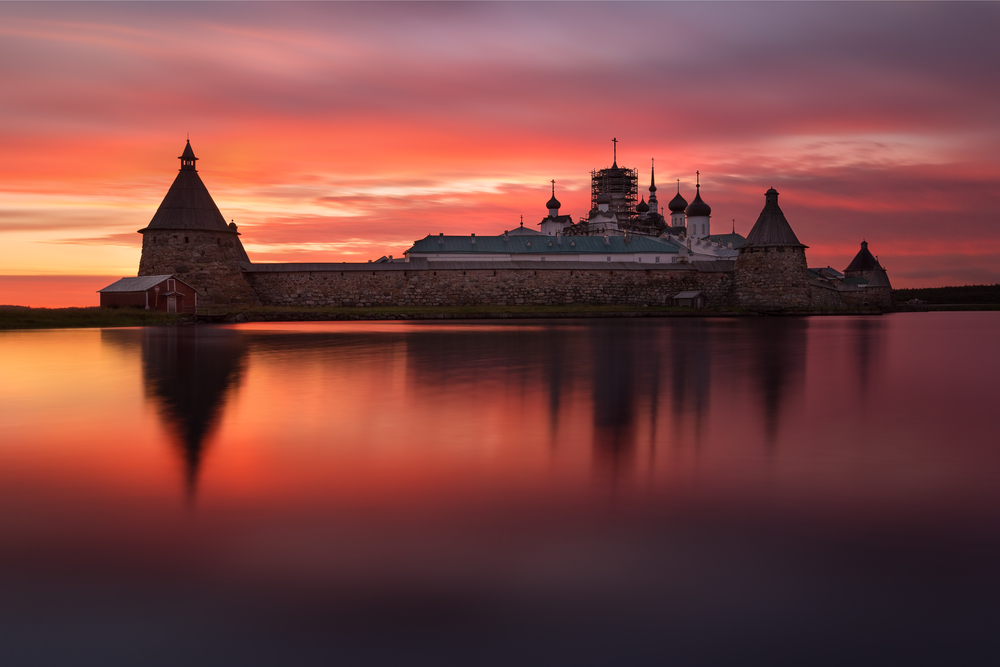 Dima UA1OLM is QRV as RK1OWA/p from RFF-0175 Solovetskiy museum-zapovednik on Solovetsky Islands (IOTA EU-066) in spare time on his business trip until the end of September. Paper QSL via RZ1OA.

Most likely, he is announcing on air the only IOTA activity, but we will upload his logs to WWFF Logsearch after completing of the trip.
If you meet, spot him as WWFF for our community. 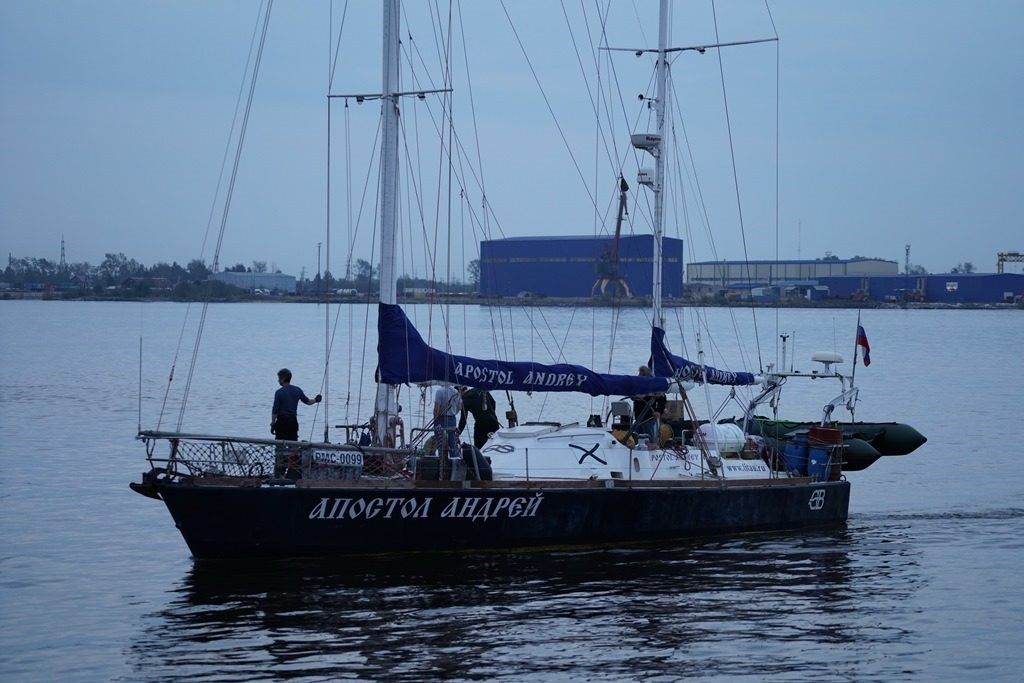 As you know, a high-latitude sea expedition to the islands in the Kara Sea was started from Arkhangelsk (White Sea, R1O) in late August. On the “Apostol Andrey” yacht — an experienced captain, on board — a serious team of radio amateurs. Expedition plans, among other things, include working in the air as RI0B from several groups of Arctic islands: IOTA AS-054, AS-121, AS-104, AS-068, AS-087, AS-005.

All of these islands are part of the Bolshoy Arkticheskiy zapovednik (Great Arctic Nature Reserve) RFF-0015. This Nature Reserve was on air at the last time in 2010. Will it sound on the radio amateur air somewhen else in future — it is unknown.

Now the expedition is very close (4-5 days) to start RI0B activity from the most distant island.

RI0B operators will announce RFF-0015 reference number on air, it will be indicated on the QSL-card too. And we will upload the log of the expedition to WWFF LogSearch after the completion of the expedition and the safe return of all participants home.

We wish to all of you to conduct successful QSOs with new islands and a rare Nature Reserve! Besides that, this is also a good chance to catch up a still rare entity and Federal District for “Sanctuary Russia” Award and rare district for RDA.

(the photo is taken from the expedition web site)